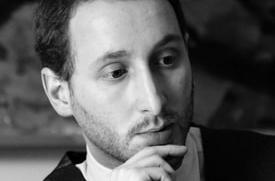 Steven S. Gouveia is a Ph.D. Student at the University of Minho (Braga, Portugal) under the supervision of Professor Manuel Curado (University of Minho) and Professor Georg Northoff (Unit Minds, Brain Imaging and Neuroethics, The Royal Institute of Mental Health, University of Ottawa). His primary focus is on the relationship between Neuroscience and Philosophy. Particularly, he is working on the methodological issue: what kind of methodology should we apply to study the various concepts and phenomena of the philosophy of mind? Four approaches are analyzed in detail: (a) isolationist approach, (b) neurophenomenology, (c) reductive neurophilosophy and (d) non-reductive neurophilosophy. The next step is to understand how two concepts (from philosophy, “qualia”, and from neuroscience, “information”) are defined by each approach. Finally, he will compare those definitions with the empirical data of the brain’s sciences to find out which is more plausible.

He is a researcher of the Mind, Language and Action Group of the Institute of Philosophy of the University of Porto. He is a visiting researcher at the Minds, Brain Imaging and Neuroethics at the Royal Institute of Mental Health. He is also de Editor-in-Chief of “Apeiron – Student Journal of Philosophy. He is the main organizer of the International Conference on Philosophy of Mind (previous keynote speakers: Thomas Metzinger, William Child, Tim Crane, David Papineau, Charles Travis, etc.) and several other conferences on several topics.